The dream for Assam Don Bosco University was born out of an imperative in the psyche of Don Bosco Society that the society has to be emphatically present there where the professionals and the leaders of the society are being formed. Focussed work on setting up the University began in early 2006 after Fr. Joseph Almeida and Fr. Stephen Mavely held a preliminary meeting on 24 February 2006. The whole of 2006 could be viewed as a gestation period during which the focus was on clarifying ideas, preparing concept papers, making presentations before potential stakeholders, and forwarding a formal application to the General Council at Rome to obtain the final go-ahead – time well-spent as it resulted in clarifying the vision, the objectives and the approach to the entire project.

The Rector Major and the General Council of Don Bosco Society gave the final approval to proceed with the project of establishing the university on 10th January 2007. This year saw hectic activity to get the project off the ground – endless meetings of ‘ad hoc’ committees, ‘core’ committees, finance and fund-raising committees, drafting committees, short-listing and hiring of consultants, preparation of Detailed Project Reports, search for suitable land, etc. It culminated in a presentation of the project to the then Hon’ble Chief Minister of Assam, Shri TarunGogoi and his cabinet colleagues and top government officials on 23rd October 2007.

The formal proposal of Don Bosco Society, submitted to the Government of Assam on 8th November 2007, to set up a private University was examined by the Expert Committee of the government; and, as recommended by the Committee, the government, on 29th March 2008, issued the Letter of Intent (LOI) to the Salesians of Don Bosco to establish the University at Guwahati in Assam.Thus, 29th March 2008 remains as the Foundation Day of the University in the collective memory of those who work tirelessly for the idea to take wings. The Letter of Intent was followed by an Ordinance of the State government on 3rd December 2008 (The Assam Don Bosco University Ordinance, 2008, dated 3rd December 2008), following which the University was formally inaugurated by Shri TarunGogoi, the then Chief Minister of Assam, on 6th December 2008. Eventually the Ordinance was replaced by an Act of the State legislature (The Assam Don Bosco University Act, 2009) on 9th January 2009, and published in the official gazette of Assam on 12th February 2009. When the Rector Major of Don Bosco Society Fr. Pascual Chavez visited India in 2009, the blessing of the Foundation Stone of the University was held on 10 November 2009 at the Azara Campus.

The first venture of Don Bosco University was the establishment of ‘Don Bosco College of Engineering and Technology’ as its first constituent centre which later has been rechristened as the ‘School of Technology of the University’. Pretty certain that the process of establishment of the university was well on the way, the University took the bold step of applying to the All India Council for Technical Education (AICTE) for starting engineering courses at Azara, under Assam Don Bosco University.

On 30th June, the University received the final ‘Letter of Approval’ from the AICTE (Letter No. 06/02/ASSAM/ENGG2008/01 dated 30th June 2008), and the inauguration of ‘Don Bosco College of Engineering and Technology’ was held on 11th August 2008 with a full complement of 240 students in four streams of engineering.

Eight years since classes started in the Azara Campus with only one study programme, the Campus now hosts various programmes of study including B.Tech (5 branches), M.Tech (4 branches), MCA, BCA, B.Com and MSc Physics with over 1700 students. With an aim to have graduates who are industry-ready, the University’s Training and Placement Office at Azara Campus, sponsored by NEEPCO was inaugurated by Shri I P Barooah, CMD, NEEPCO, on 14 March 2011.

The University also initiated the School of Management at its Kharghuli Campus, Guwahati, under the able leadership of Fr V M Thomas SDB. The MBA programme at Don Bosco Institute of Management was approved by AICTE on 27 June, 2009 (Letter No. ASSAM/MBA/03/2009/001 dated 27 June 2009). The classes started on 12 August, 2009.

In consonance with the avowed aim of the University to make higher education accessible to the largest possible clientele, the Board of Management of the University set in place enabling Ordinances in early 2010 that set up a Centre for On-Line and Distance Education (CODE) with Fr (Dr) Joseph Anikuzhikkattil as its first Director and Mr. Raunak Singh Ahluwalia as its Executive Director.

A UGC Inspection Team arrived at the University campus on 2 November 2011 to conduct the inspection on whether the University is in compliance with the UGC rules and regulations, This was followed by their second visit on 29 October 2013 which certified that the University was in full compliance with all UGC norms and regulations. The latest visit by anther UGC Expert Team, as a pre-requisite for granting recognition under Section 12B of the UGC Act - right to get grants of various types except for salaries and maintenance - was on 1-2 September 2016.

On 19th September 2012, the University crossed yet another milestone when 207 students of the University graduated at the First Convocation of the University from Bachelor of Technology, MBA and MCA graduated. His Excellency the Governor Shri JB Patnaik (L), the then Honorable Chief Minister of Assam, Shri TarunGogoi and Shri TKA Nair, then Advisor to the Prime Minister attended this seminal event and celebration as Visitor, Guest of Honour and Chief Guest respectively.

The Second Convocation held on 21 September 2013 witnessed the graduation of the first batches of MSW and M.Tech students, taking the total number of graduates that year to 307 students. The Convocation Address was delivered by the Director of National Assessment and Accreditation Council, Prof. A.N. Rai.

On 12 September, 2014, the University held its Third Convocation where 404 students including 78 students from DBU-Global (the Distance Education Centre of the University) graduated. This Convocation saw the graduation of the first batches of MA in Human Rights and MSc in Psychology. His Excellency the Governor of Assam, Shri JB Patnaik (L) graced the occasion as the Visitor.

The Fourth Convocation held on 3 September 2015 saw the graduation of the first batches of MA in Education, B.Tech Civil Engineering, Doctoral Studies and a huge increase in the number of graduates from DBU-Global. The total students graduated at the Fourth Convocation was 474 including 132 from DBU-Global. The occasion was graced by His Excellency the then Governor of Assam and the Visitor to the University, Shri PB Acharya and the then Honorable Chief Minister of Assam Shri TarunGogoi.

The Fifth Convocation was held on 10 September 2016 with 648 students graduating in various disciplines including 139 students from DBU Global.

The Ground Breaking and Blessing of Tapesia Campus was held on 15 June 2012 However, due to unforeseen circumstances, starting of actual construction was delayed. Serious constructions at Tapesia Campus of the University began in the beginning of November 2013 with the aim of shifting the School of Humanities and Social Sciences and the School of Life Sciences to Tapesia. The first cluster of buildings included one Academic Building, Two Hostels, 30 Bachelor’s Quarters and 24 Family Quarters, a Food Court, a Laundry and Salesians Residence.

By the beginning of August 2015, after a year and eight months of intensive work, 70% of the construction work was done as shown in the following pictures: Finally, on 18th July 2016, the inauguration of the academic year 2016-17 was held at the long awaited Permanent Campus of the University at Tapesia Gardens. Formal inauguration and dedication of the Tapesia Campus was held on 23 October 2016.

In its effort of creating an eco-friendly campus, the University Management entered intoMoUs with various plantation Boards in India to start Coconut, Rubber, Spices, Cashewnut and Cocoa plantations at Tapesia Campus on 28 April 2013. The University envisaged these plantation projects as a vital link between agriculture and academics, for extensive reaching out to the villages around the campus with model plantations, research and the formation of Farmers Cooperatives.

The research will focus on crops development, inter-cropping, food processing and development of marketing strategies and value addition to the existing products. Accordingly, 700 coconuts, 2000 rubber trees and 3500 Cocoa have been planted, intercropping with ginger and turmeric.

To ensure power supply for Tapesia Campus and heeding to environmental concerns in creating an eco-friendly campus, the University signed an MoU with NEEPCO on 9th February 2015 to establish a 2MW Solar Farm. And also, to ensure water supply at the Campus, the University has created 2 large and 3 smaller freshwater lakes in the campus. 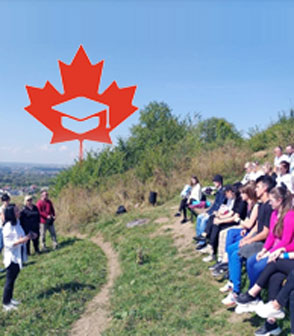 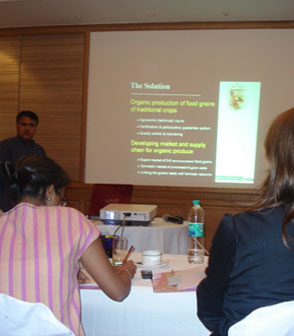 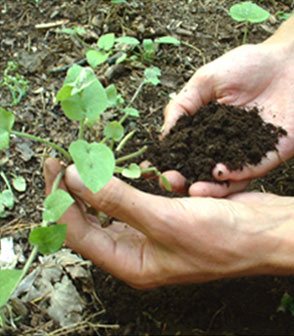 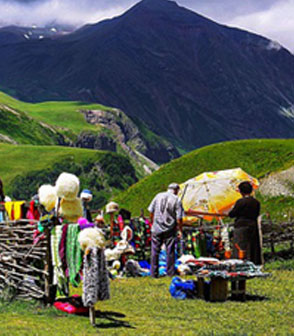 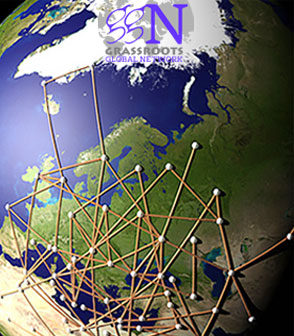 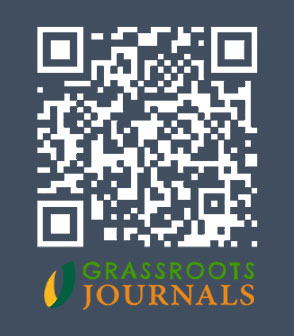 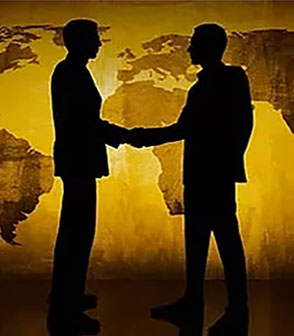 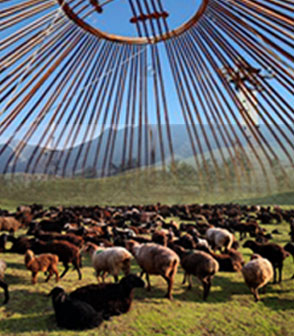 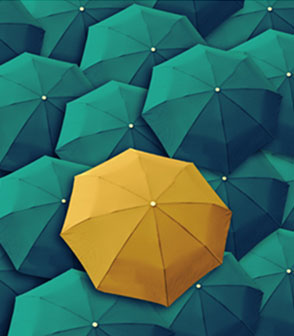 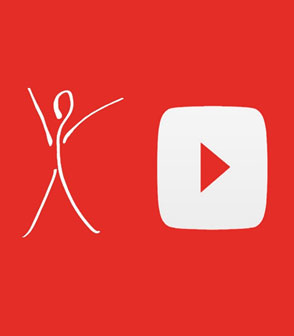